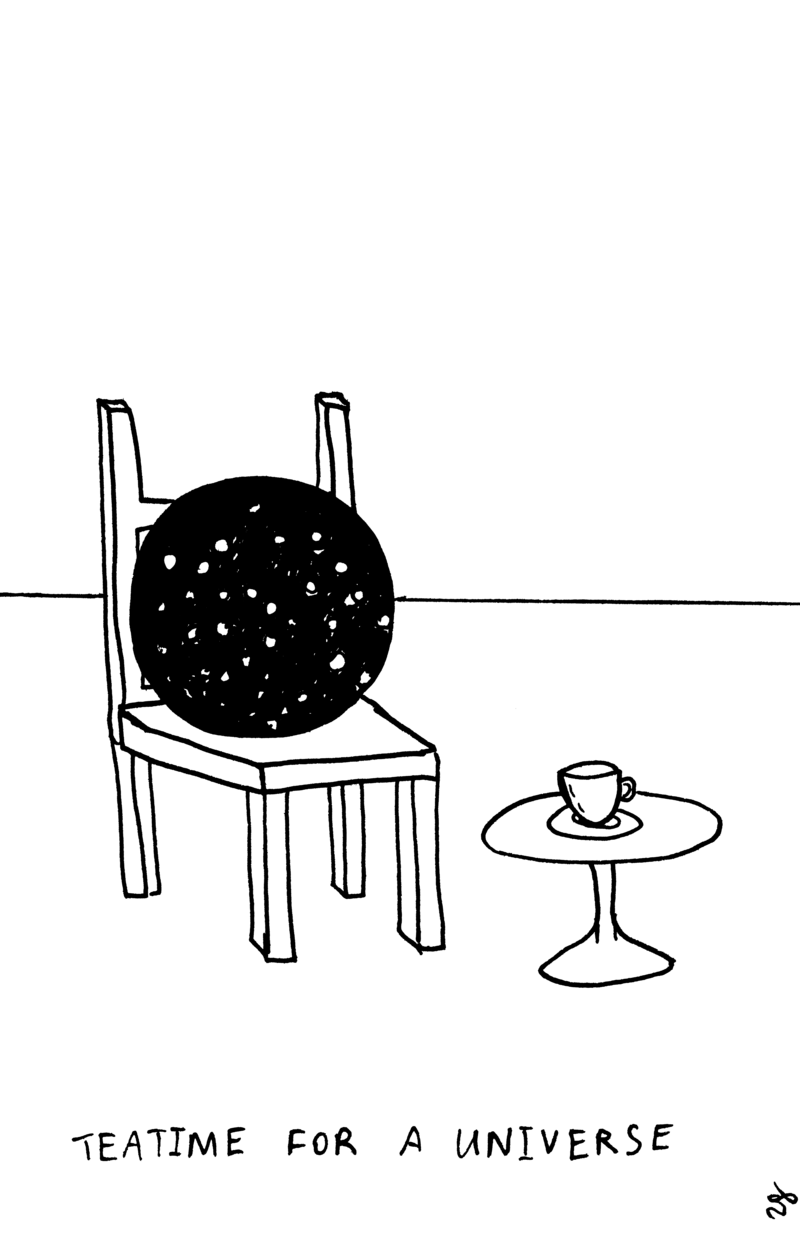 Teatime for a Universe – Cartoons by Lawrence Grimm: About this Collection

Explore over 100 single panel illustrations and other works on the life and times of a Universe full of creatures and coincidences – scribbled in Zurich by Australian-German-Swiss cartoonist, Student Academy Award finalist and nature lover Lawrence Grimm.

Life, love, loops and loners: It‘s all about hopes – fantasy, the breeze of ease – slopes – the yearning for meaning, the lost in space syndrome – and a Universe having a cup of tea. The cartoons show people going about their daily routine as well as floating through dream zones. When dancing in spirals or suffering moments of loneliness they spark moments of joy and set out on a journey in search of happiness. Wonders nestle in the big wide world and in the soil of a houseplant (more in the origin story).

Flip through a notebook and see how cartoons are sketched before they reach their final stage: 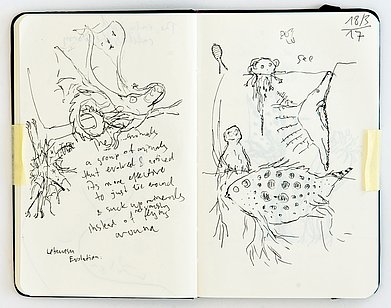 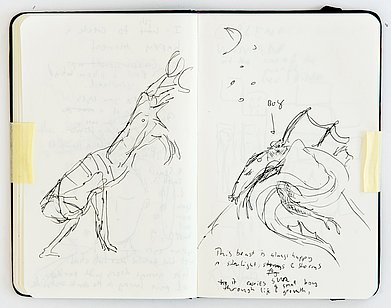 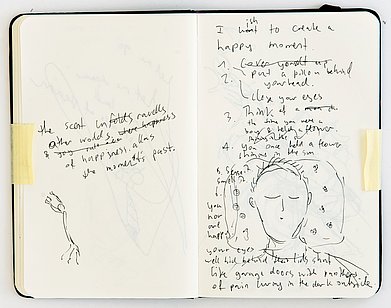 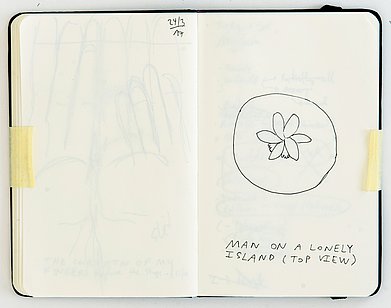 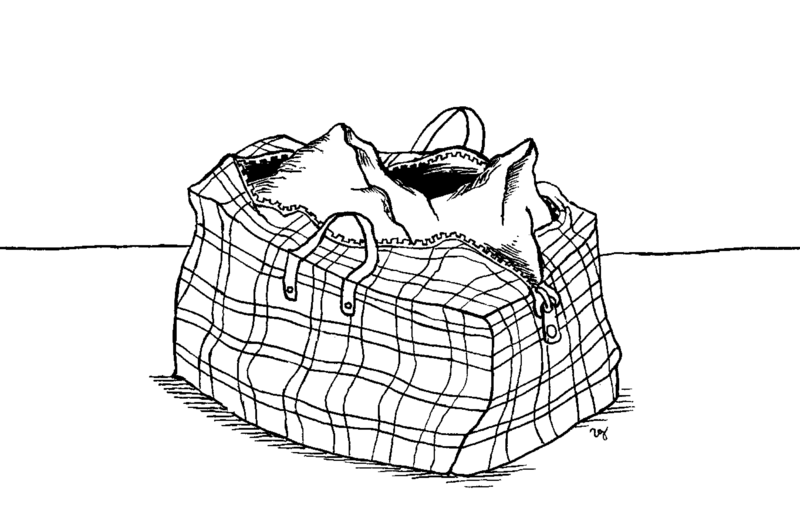 “It’s all one big feedback. After film school, for the first time in my life, at the age of 25 and in the summer of 2003, I planned to plan nothing, I undertook no undertaking and I was here just to exist, in order to feel the breeze of life swiftly flashing by my watchful eyes... Well, eventually I ran out of money, so I started working in a canteen. But it’s what I wanted: to do something with my hands after five years of brainwork. So, for eight months I balanced plates, besides doing my other jobs like working in a cinema. I also developed film projects, so there was this constant change between plates, notes, cinema tickets and the swift breeze of life I was still gasping for. Chaos felt cozy in those days and built itself a nest with the synaptic structures of my brain. A long time ago, knowing this very chaos was a potential guest of my being, I had started to note down my art output in small and handy sketch booklets, thus managing to save it from the bowels of the paper mountains growing in plastic bags in the attic above my flat.
Anyway, I had begun to draw single panel cartoons here and there, but eventually, these scribbles between times and the chaos nesting in my head fused and laid an egg called “Teatime for a Universe“. The cartoons within this tea-drinking cosmos tell of creatures looking for the breeze of life swiftly passing by their watchful eyes, they tell of mountain landscapes growing in plastic bags and alternative synaptic structures, balancing brains and circling thoughts. It’s all one big feedback.
Meanwhile, “Teatime for a Universe” has embraced my film stories in its world, it evolved over times of scribbling and scribbling and got distilled while it expanded. As time goes by." Lawrence Grimm 2008

As a cartoonist Lawrence Grimm admires – amongst lots of others – the works of Gary Larson, F.K. Waechter, Tom Gauld, René Magritte, M.C. Escher and the following essays or books:

"Let me show in a figure how far our nature is enlightened or unenlightened: behold! human beings living in an underground den, which has a mouth open towards the light and reaching all along the den; here they have been from their childhood." Plato

"One morning, as Gregor Samsa was waking up from anxious dreams, he discovered that in bed he had been changed into a monstrous verminous bug." Kafka

"Many years later, as he faced the firing squad, Colonel Aureliano Buendía was to remember that distant afternoon when his father took him to discover ice." Marquez

"All in the golden afternoon ⁠/ Full leisurely we glide;" Carroll, Tenniel